Interfaith Friendship in the Shadow of the Holocaust:
Lessons past and present

Over 30 individuals gathered on Friday, October 12 at Pilgrim Rest Missionary Baptist Church for a moderated panel discussion and an intertextual study on “Interfaith Friendship.”  Hosted by CENTRAL Wisconsin as a “pre-event” for the 174th Annual Gathering of American Baptist Churches in Wisconsin, the event examined Interfaith Friendship by asking questions of Interfaith Friends. Drawing on the historical work by ABCUSA General Secretary, Rev. Dr. Lee Spitzer,  Baptists, Jews, and the Holocaust, site coordinator John Jones introduced the theme of Interfaith Friendship as historic response and example to abuse and injustice.  A panel including local representatives from Jewish, Muslim, Sikh, and Baptist traditions (see bios below) responded to questions from the Moderator, Dick Olson (also see below). 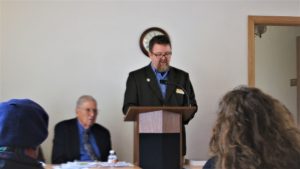 Panelists responded to these and other questions in a lively and informative dialogue:

Participants were then invited into small group work where they read and discussed brief texts from the various faith traditions on Interfaith Friendship.

The event was well-received and echoed the larger theme of the Annual Gathering = Collaboration.  Interfaith Friendship provides a good goal and example of relating to those from differing faith traditions.  Cooperation, not competition.  Partnership rather than proselytization.  The curiosity and humility of Friendship enriches all participants.

Find some contributions from participants and suggestions for other actions at the bottom of this page. 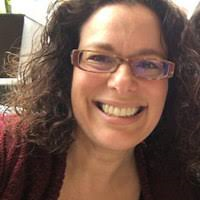 Dr. Rachel Baum is a Senior Lecturer in Foreign Languages and Literature at the University of Wisconsin-Milwaukee, teaching on The Holocaust; contemporary Jewish cultural theory; Jewish philosophy; Jewish identity; Jewish feminism.  She is also Deputy Director of the Sam & Helen Stahl Center for Jewish Studies at UWM. She serves on the Advisory Board for the Holocaust Education and Resource Center, part of the Milwaukee Jewish Federation.

Janan Najeeb, a founding member and the current President of the Milwaukee Muslim Women’s Coalition has been a spokeswoman for Milwaukee’s Muslim community to media outlets, government officials, interfaith leaders, academic institutions, hospitals, and a wide range of community groups. In addition, Ms. Najeeb directs the Islamic Resource Center on the south side of Milwaukee, which hosts Wisconsin’s first Islamic public lending library.

Dr. Swarnjit S. Arora is Professor Emeritus of Economics at the University of Wisconsin-Milwaukee. He is Sikh representative to and Cabinet Member of the Interfaith Conference of Greater Milwaukee, and he is a frequent contributor to local media on matters pertaining to the Sikh faith and Interfaith cooperation. 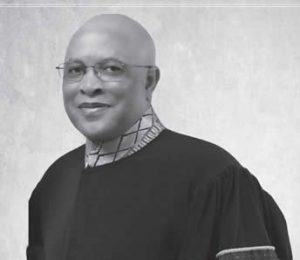 Rev. Dr. Archie L. Ivy has been pastor of New Hope Missionary Baptist Church in Milwaukee for more than 20 years.  He has extensive experience serving in both American Baptist and National Baptist leadership positions.  Having served as a school administrator in the Milwaukee Public School system, he proudly labels himself pastor/teacher in his ongoing ministries.

Dr. Richard P. Olson is recently retired from Central Baptist Theological Seminary in Kansas, where he was Distinguished Professor of Pastoral Theology. He has had extensive ministry experience as a pastor in a variety of congregational settings. He studied at the United States Holocaust Museum and has had career-long participation in ecumenical organizations and inter-faith dialogue.  He has authored several books including Side by Side: Being Christian in a Multifaith World. He moderated the panel discussion.

Dr. John Jones is Associate Regional Minister – Education for ABC/WI and Site Coordinator for CENTRAL Wisconsin, a site of Central Baptist Theological Seminary, housed in the ABC/WI offices.  He has taught theology, ethics, and other courses for the site since 2008.  He serve das host for this event. 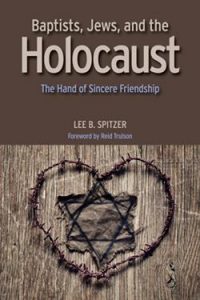 Although Rev. Dr. Lee Spitzer will not be able to be present for this conversation, his text, Baptists, Jews, and the Holocaust: The Hand of Sincere Friendship, published in 2017, has served as the seed from which this event was developed into a collaborative effort with Interfaith partners.

Participants had the following contributions in light of the event:

“How do we teach our congregations/members/seminarians to be authentic in building relationships, especially given the current climate in this country where falsehoods about the ‘religious other’ are perpetuated?”

“I like the concept of ‘holy envy’ and the idea that we might not be able to find God’s whole truth without receiving and hearing the genuine truth of others.”

“Become friends no matter what and open yourself to diversity.”

One participant also recommended the “Amazing Faiths Dinner Dialogues” which is an initiative of the Interfaith Conference of Milwaukee, gathering 8-12 people of different faiths/cultures/ages.  Click HERE to find out more.