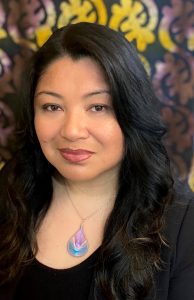 I will hear what God the Lord will speak, For He will speak peace
To His people and to His saints; But let them not turn back to folly.
Surely His salvation is near to those who fear Him,
That glory may dwell in our land.
Mercy and truth have met together;
Righteousness and peace have kissed.
Psalm 85:8-10 NKJV

It kind of felt like Advent season started early this year, during the first week of November, in the midst of the great “waiting” that captured our nation as results of the presidential election were being tabulated. No—we were not waiting for the coming of a savior, but many were waiting for a revealing of a collective manifestation of values that had the potential of guiding the direction of a people and a land in the coming four years. With results now known yet still unconfirmed, and COVID-19 confirmed cases and deaths continuing to rise in our state, and as hard individual and collective work still waits to be done in plain sight, Psalm 85, particularly verse 10, has settled into my spirit. The Godly values named in this text: cheçed, emeth, tsedeq, shalom — Hebrew words understood in English as mercy, truth, justice (righteousness), and peace. These are values, mindsets, character traits, and action words the psalmist presently proclaimed in God, even though their fullness was still yet to come in humanity.

Nov. 29 [1st Advent Sunday] is around the corner, but here we are now with a call to Advent living—anticipating a mighty intercession by Creator God for a restoration of a land and people while we, through the Holy Spirit, pursue mercy, truth, righteousness, and peace, as those who have already received the empowering gift of Christ. Though weary, let us persist